It is our utmost pleasure and a great honor to invite and welcome you to Düsseldorf, capital of North Rhine-Westphalia, the biggest federal state of Germany and center of the Rhine-Ruhr metropolitan region, where we will host the international Porphyrins & Porphyrias meeting 2015 from September 13 – 16, 2015.

Düsseldorf is an international business and financial center and renowned for its fashion and trade fairs as well as the famous shopping mile Königsallee. Also culturally, Düsseldorf has a lot to offer, including the academy of fine arts (Kunstakademie Düsseldorf, e.g. Joseph Beuys, Emanuel Leutze, August Macke, Gerhard Richter, Sigmar Polke and Andreas Gursky), its pioneering influence on electronic/experimental music (e.g. Kraftwerk) and, in particular, a broad variety of theaters.

This is why we decided to bring the world of porphyrinologists together in mainly two theaters, both scientifically and socially. Hence, the welcome reception (on Sunday, September 13) and the scientific program (Monday, September 14 – Wednesday, September 16) are going to take place in the Capitol theater in the heart of the city and we will host the gala evening/dinner (on Tuesday, September 15) in the Apollo theater, directly adjacent to the river Rhine, where we will spend a relaxed evening under the motto of „show and dine“.

Our four-day international Porphyrins & Porphyrias meeting 2015 will bring together scientists, patients and guests from all over the world, starting on Sunday, September 13 with the International Patient Day, organized by the German EPP patient group, which will take place in the Düsseldorf youth hostel; and the EPNET board meeting, hosted by the European Porphyria Specialist Center Düsseldorf, which will take place in the Department of Dermatology on the campus of the University hospital of the Heinrich Heine University Düsseldorf. The day will be rounded off by the welcome reception in the early evening in the Capitol theater, at the same time the official start of the scientific meeting that will run from Monday, September 14 to Wednesday, September 16 and take place in the Capitol theater.

During the scientific meeting there will be plenty of time to present and discuss what has happened in the world of porphyria over the last two years and what the future holds for our ever fascinating common field of interest. Meeting old friends again, making new acquaintances, networking in a nice surrounding, but also socializing – all this will be possible in Düsseldorf from September 13 to 16, 2015.

We sincerely hope to see all of you in our beautiful and exciting city!

On behalf of the local organizing committee 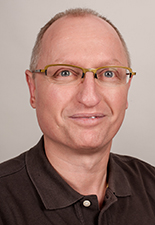 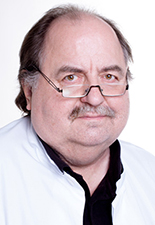 Thank you for joining us 2015 in Düsseldorf!

Some more impressions from the congress can be found here!